Stryker supports a variety of reporters. Enabled reporters will be activated during or after your Stryker run.

The default reporters are html and progress

Our html reporter will output a html file that will visually display your project and all mutations. This is our recomended reporter for larger projects, since it displays large number of mutations in a clear way.

This reporter outputs the current status of the mutation testrun. It has a nice visual look so you can quickly see the progress. We recomend to use this reporter on large projects. It also shows an indication of the estimated time for Stryker.NET to complete.

The dashboard reporter will upload your stryker result as json to the stryker dashboard. To use this reporter some settings should be configured:

The following options are relevant when using the dashboard reporter:

Use SourceLink for dashboard reporter​​

Filling all settings to use the dashboard reporter can be a bit of a hassle. However, thanks to SourceLink, the repository URL and the full version (including the git SHA1) of a project can be included in the produced assembly.

Stryker uses the information computed by SourceLink to automatically retrieve the project name (github.com/organization/project) and project version, both of which are requirements for the dashboard reporter.

Enable this by adding the following to your .csproj or Directory.Build.props to enable in all your projects:

It displays all files right after the mutation testrun is done. Ideal for a quick run, as it leaves no file on your system. 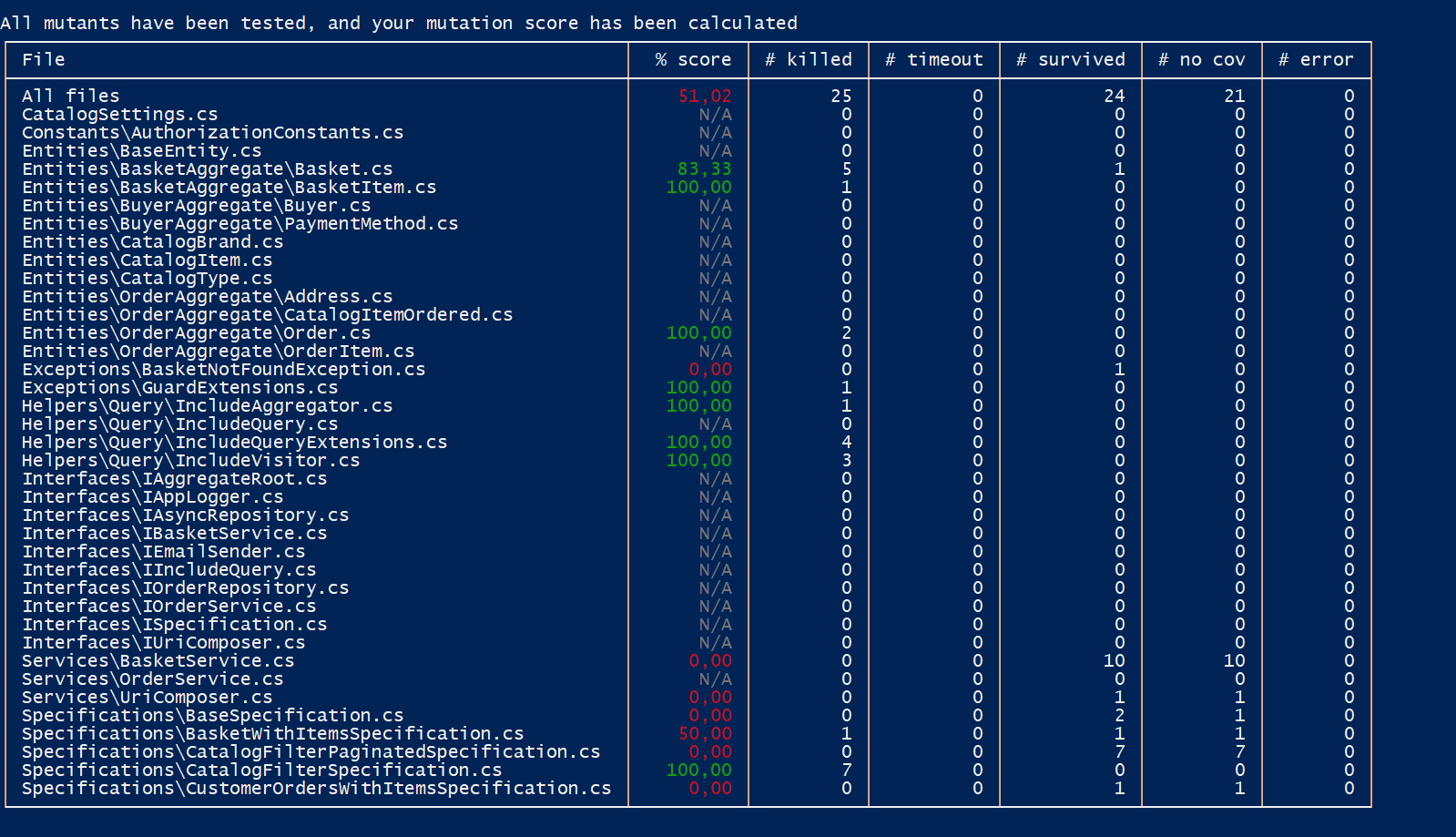 It displays all mutations right after the mutation testrun is done. Ideal for a quick run, as it leaves no file on your system. It is recommended to turn this reporter off on big projects. 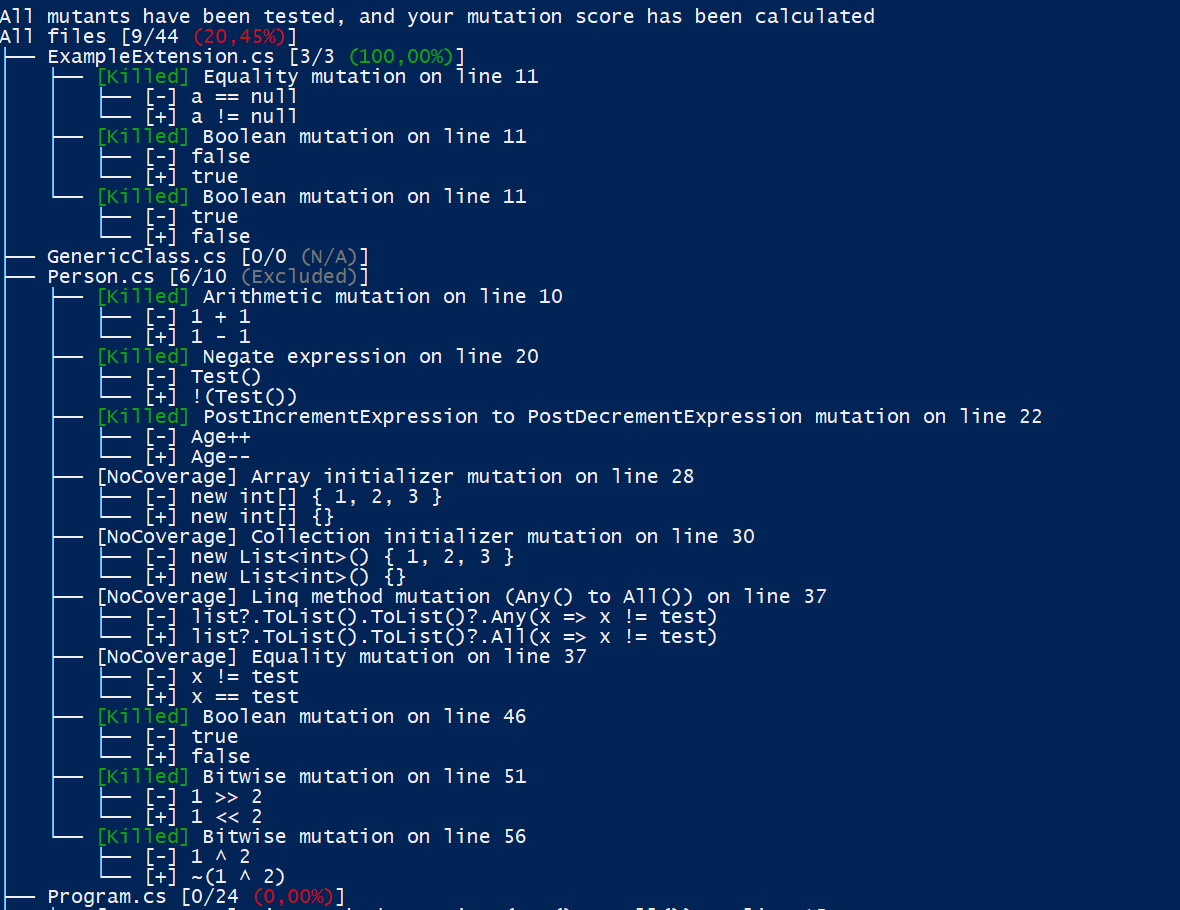 A basic reporter to display the progress of the mutationtest run. It indicates in a very simple way how many mutants have been tested and their status. This is ideal to use on build servers, as it has little/no performance loss while still giving insight.

This reporter outputs a json file with all mutation testrun info of the last run. The json is also used for the HTML reporter, but using this reporter you could use the file for your own purposes.